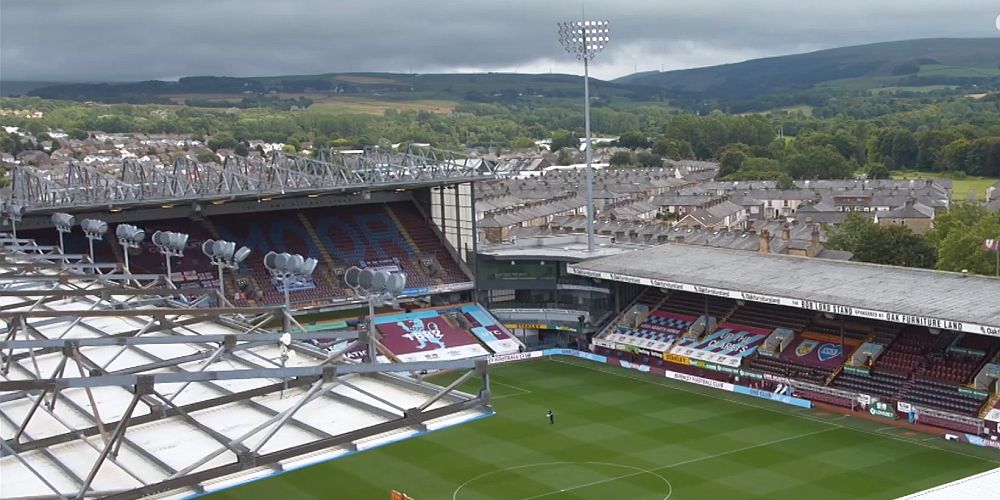 Back home after the annual hammering against Manchester City, Burnley were looking to make it successive home wins when Everton visited Turf Moor. We had to settle for a point but it was enough, coupled with Crystal Palace’s win this afternoon at West Brom, to lift us up a place in the Premier League table.

Ahead of the game, a lot of previews seemed to be referring to  us not having ever drawn a Premier League game against  Everton so it was probably no surprise that the run ended with yesterday’s game ending in a 1-1 draw, the first time a game between the two teams has ended level since August 1975 when goals from Ray Hankin and David Smallman saw the game at Turf Moor end in that same 1-1 scoreline.

That day, Everton had to equalise and that was also the case yesterday. After Robbie Brady had given us an early lead with a strike from outside the box, Dominic Calvert-Lewin, the Premier League’s leading goalscorer this season, equalised literally on the stroke of half time.

Sean Dyche made three changes from the team beaten at Manchester City. Nick Pope and Josh Brownhill were both fit to return and replaced Bailey Peacock-Farrell and Josh Benson, both of whom had made Premier League debuts at the Etihad Stadium. The third change saw a return to the favoured 4-4-2 with fit again Brady coming in on the right hand side. Touch and go Phil Bardsley  didn’t make the bench; neither did either of Jόhann Berg Guðmundsson or Dale Stephens.

Embed from Getty Images
Our opponents Everton were captained by a former Claret in Michael Keane. After a difficult start to his Goodison career he’s very much established as a first choice in Carlo Ancelotti’s team and rightly so.

We need points, nothing is surer than that, and we’d picked up three in our previous home game against Crystal Palace. That had come from a 1-0 win when we scored very early in the game through Chris Wood. That goal had come in the eighth minute; yesterday it was much earlier when Ashley Westwood intercepted a ball coming out from Everton, slipped it to Brady who fired in a right foot shot from outside the penalty area into the bottom corner of the net.

Brady gave the impression that he enjoyed that and so he should. He scored a superb  goal with his right foot at Bournemouth in November 2017. On a night when he turned in an outstanding performance he’d given us a 2-0 lead. We won 2-0, Brady continued that form a few days later at Leicester until a serious knee injury during that game brought his season to an end.

Since recovering, he’s had rib injuries, hamstring strains, calf problems, you name it and in the previous home game lasted just 17 minutes having come on as a substitute. He needs some good fortune to go his way and that was a start. HIs performance, until coming off with cramp four minutes from the end, must surely have been another boost to his confidence and if I could have chosen one player to score for us yesterday it would have been him.

Embed from Getty Images
It set us up nicely for what  was, overall, a good first half performance with Matt Lowton very much to the fore with some excellent forward passes. We saw Chris Wood and Brownhill both fire wide and towards the end of the half Jordan Pickford was quick to come out and make an outstanding save to deny Wood.

He wasn’t the only goalkeeper to shine in front of the watching England manager. Not too long after going in front, Pope making an outstanding save of his own to deny Calvert-Lewin from close range but there was nothing Pope could do in the third and last minute of stoppage time at the end of the first half when Everton equalised.

Everton had come back into the game after an enforced substitution when Fabian Delph suffered a hamstring injury. It meant a change of formation and they did look better but even so, we looked more than comfortable and still the more likely to score.

Then, Westwood lost out just inside his own half. I accept the argument that this sort of incident often leads to a free kick but it really wasn’t a foul and we’d no argument as Allan got the ball out to Richarlison on the left. His low cross was met by Calvert-Lewin who turned the ball home to change the half time team talks from both managers.

Embed from Getty Images
What a bad time to concede a goal and the start of the second half suggested it was going to be a tough time with Everton gaining so much from having levelled and looking the more potent of the two sides. Everton had one big moment during that period and again Pope came to the rescue, saving spectacularly to deny James Rodríguez.

Somehow, I though, we needed to stem the tide and we did just that. We started to put the Everton defence under some real pressure, particularly from set pieces. Twice Wood went close, on the second of the occasions he was denied by Pickford. Brownhill just couldn’t get an effort on target and Dwight McNeil almost set up a chance.

By now we looked the only likely winners. Ashley Barnes had replaced Jay Rodriguez and Brady finally departed in the 86th minute with what looked like cramp. Had the ground been full, he’d have received a standing ovation such was his performance. I was really pleased too that Sean Dyche didn’t opt to bring on Erik Pieters. That’s nothing against Pieters but it was refreshing to see Benson come on for the last few minutes.

By then it was looking like a 1-1 draw and so it proved, but not until Pope had stepped up again with a typical Pope style save with his feet just when it looked as though substitute Gylfi Sigurdsson might win it for Everton.

Embed from Getty Images
It could have been better and a win would have taken us out of the bottom three yesterday and kept us there given that the three other teams in the bottom four have all lost. But there were so many positives to take from this performance against one of the big spending teams in the Premier League.

We know we are desperate for points and we know we need wins, but this was very much the sort of performance that will start to get us wins. We’ve a long, hard road ahead  of us, any team would have with only six points from the opening ten games, but there are some lights coming on in that long tunnel in my view.

It’s on the road for us now, to Arsenal and then Aston Villa before Wolves pitch up at the Turf in just over two weeks time. Three difficult games but if we show the same as we did yesterday then there is no reason why we can’t be picking up points from those games.