The transfer window has closed, the speculation is over for around four months, and catching up there are three players who spent time on loan at Burnley who were involved in moves during the closing days. 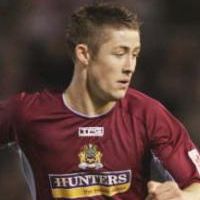 The first of the three was not quite in the closing days but it would be wrong not to make mention of arguably one of Burnley’s most popular loan players. It’s seventeen years almost since Gary Cahill signed from Aston Villa on loan and impressed us all playing alongside the likes of Frank Sinclair and John McGreal.

He’s gone on to have a fantastic career and is now approaching 450 league games whilst not forgetting that he played 61 times for England but was one of a number of players out of contract at Crystal Palace at the end of last season.

Now 35, he’s moved to Bournemouth. He was on the bench for them last weekend but is still to make his debut. He’s still remembered fondly by Burnley supporters, and I can’t think of many players who would have survived that having been sent off for fouling Steven Defour.

Making his debut against Spurs in the League Cup, Cahill went on to make 32 league and cup appearances for Burnley during the 2004/05 season and it is very fair to say he left a much bigger impression than the two who have made moves this week.

Cahill played more games for Chelsea than anyone and was a team mate of the other two. On Monday, Danny Drinkwater moved out of Stamford Bridge again, this time on loan to Reading. 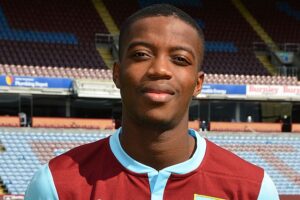 This is his fourth loan from Chelsea in two years. In 2019/20 he played for us and Aston Villa, but the two loans were all but abruptly ended because of night club and training ground incidents. He played in Turkey last season for Kasimpasa but will be in the Championship this season.

Reading boss Veljko Paunovic said: “Danny’s talent and ability is unquestionable and to bring a player of his calibre to our club is extremely exciting. A proven winner, he is a player whose achievements on the pitch can inspire those around him and help to drive this club forward from the centre of midfield.”

Five years before Drinkwater joined Burnley, we signed Chelsea’s Nathaniel Chalobah on loan. It was the fourth of six loans he had from parent club Chelsea before, he finally made a permanent move away, signing a five-year deal with Watford who were, significantly, managed by Marco Silva.

He’s had injury problems at Watford but yesterday they sold him to Fulham where was again signed by Marco Silva. He’s signed a two-year deal with Fulham having the option of a further year.