It’s been a busy day for two former Burnley forwards who have made moves across the Premier League today with Danny Ings swapping Aston Villa for West Ham United and Chris Wood making a loan move from Newcastle United to Nottingham Forest.

In these days of transfer windows and social media, it’s rare for transfers to happen quickly with little or no prior notice but that’s been the case with these two and for Ing it’s an almost identical situation to when he went to Villa from Southampton in the summer of 2021. 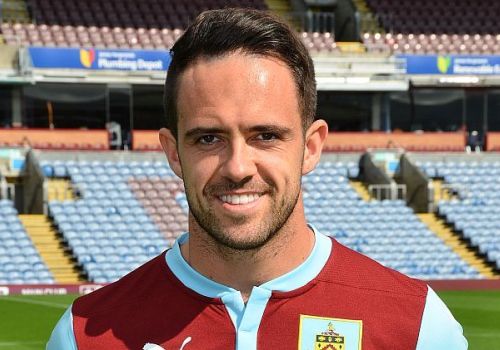 Southampton had been keen to keep him but, out of the blue, he moved to Villa in a big £25m move in early August and looked to be an astute signing for Dean Smith. Since that move, he’s scored thirteen Premier League goals for them in 48 appearances of which just thirty were starts. It was becoming evident that he didn’t really fit into Steven Gerrard’s plans and that’s been more so since Unai Emery took over.

On completing the set of the three big claret and blue teams, Ings said: “I’m really excited to join West Ham United. It’s important I settle in as quickly as I can do, and do the important stuff on the pitch for West Ham.

“We’ve got some massive games ahead of us, and I’ve come here to try and score as many goals as I can to help the team to get some positive results. I’m really looking forward to getting started.”

That start could come tomorrow against Everton who were very keen to sign him themselves but could only potentially take him on loan.

Loan – that’s what Wood has done today. Just days over a year since his shock move from Burnley, he’s gone on loan to Nottingham Forest who, it is led to believe, have an obligation to buy at the end of the season.

He said of his move: “It’s a great feeling and I am very thankful to be here. Nottingham Forest is a massive club which I have come up against a number of times, but it’s nice now to be able to pull on the red shirt and fight for the club.

“You can see the transition over the past eighteen months and it’s progressing in the right way. It’s a project that’s going in the right direction. It’s a club looking up rather than anything else, it’s going to take a lot of hard work, but it’s a squad that’s pulling together. I’ve been in this league a long time, so hopefully I’ll bring a lot of experience to try and help the younger lads out and bring everybody together.”

The two players are of similar age, Wood just a few months older than Ings. Wood joins a club who have recently moved five points clear of the bottom three in the Premier League while Ings is right in that battle at West Ham who are above just Everton and his former club Southampton on goal difference.

Both proved to be excellent signings for Burnley. Ings had a superb season for us in the Championship in 2013/14 and went on to become leading goalscorer in the following season on our return to the Premier League. Wood enjoyed a longer stay and was with his for four and a half seasons, netting 49 Premier League goals in our colours.