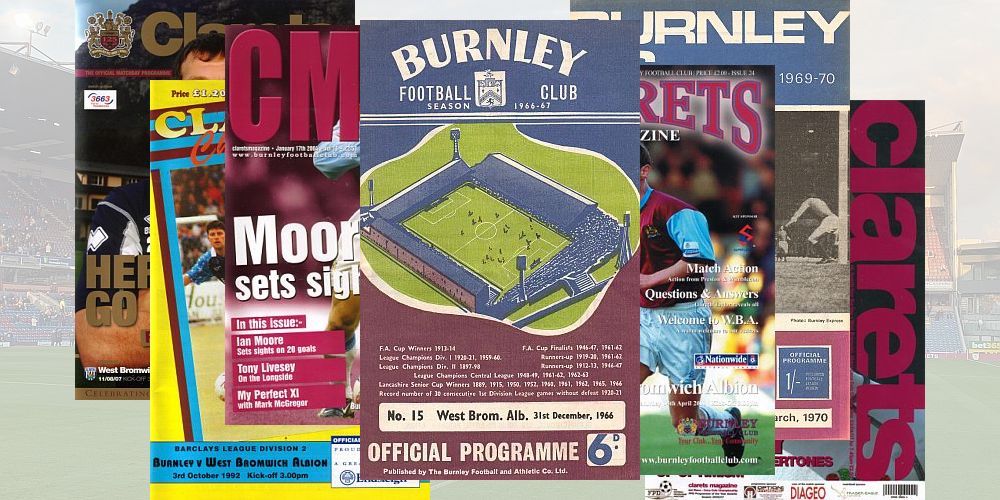 West Bromwich Albion are at the Turf tonight, in front of the Sky cameras under the floodlights, and they arrive as one of the in form teams in the Championship.

Since we were beaten at Sheffield United in early November, we’ve won 21 points from seven games with home wins against Blackburn, Middlesbrough, Birmingham and Coventry alongside victories at QPR, Stoke and Swansea. West Brom and Middlesbrough have also won 21 points in that time although both have played one game more. While Middlesbrough’s points were dropped here, West Brom went down 1-0 at Coventry on the night we were playing at Manchester United in the League Cup.

As we trooped away from Bramall Lane with that 5-2 defeat, West Brom had won a second successive game but were still in the relegation places, they were above Wigan only on goal difference. They now sit in the play-off positions and while still some eighteen points behind us, they are likely to provide as stern a test as we’ve faced all season.

Since that day in Sheffield, although noted for our goalscoring, we have had the meanest defence with only Middlesbrough and Swansea scoring in the seven games. West Brom are next best, they’ve conceded just four and two of those came last week at Luton when they fell 2-0 behind only to win the game 3-2.

It makes for a good game tonight at what will be a cold Turf Moor and playing West Brom at this level is not a regular event. We played them in the old Second Division in our 1946/47 promotion season but, since, we’ve met at this level in only five seasons between 2000 and 2008. The last two of them both ended in wins for us. Towards the end of the 2006/07 season, we came from 2-0 down to win 3-2 with two goals from Andy Gray and a late winner from Chris McCann. On the opening day of the following season, we won 2-1. Again we had to come from behind after Kevin Phillips had given them a first half lead. Michael Duff equalised early in the second half and Gray netted the winner from the penalty spot.

Back to tonight and looking at the team, it’s very difficult now since Vincent Kompany became manager, to try and guess the line up. Earlier in the season he named unchanged teams for the home games against Luton and Millwall, this after wins at Huddersfield and Wigan, but those are the only occasions he hasn’t made at least one change, for whatever reason, in the league.

What we do know is that we will be without Taylor Harwood-Bellis and Jack Cork tonight. THB will be out for a while with the ankle injury he sustained at Bournemouth while Cork will sit out tonight’s game and the game at Norwich due to him picking up a tenth yellow card last week. The two have been key players this season. Last week was the first time we’d kicked off a league game without Harwood-Bellis while Cork has started all but three, coming on as a substitute at Watford and Sunderland and missing the Reading home win with a suspension.

Embed from Getty Images
One player who will definitely player is central defender Jordan Beyer who scored his first ever professional goal last week to beat Coventry. Speaking this week, he said: “For me, I love these kind of games, they are the games you play for, these are the big games of the season. You can’t be sure what direction it will go in the end so you have to be on point for the game.

“They’re a strong side. They struggled a bit in the beginning but in the first game we also saw how good they are, they gave us a lot of problems, but I think we don’t have to be scared of them. We’ve had a great season up until now I think and if we keep doing what we did the last few weeks, maybe not against Coventry sometimes, but the second half of Coventry, we can take the good parts of that, then I think we are set to go against them and hopefully get the three points.”

West Brom will be without Matt Phillips. He suffered an injury to his quadricep muscles in the FA Cup replay win against Chesterfield. Manager Carlos Corberán, whose only previous game at Burnley as a manager was in the FA Cup last season with Huddersfield, explained that they were awaiting results of a scan but he would definitely be out for this game.

He had better news on Karlan Grant (pictured below) who has been passed fit for tonight. They will be without Brandon Thomas-Asante, the player who scored their late equaliser against us at the Hawthorns earlier in the season. He is suspended having been caught by the cameras shockingly elbowing a Chesterfield player in their first cup meeting two weeks ago. They will be without both Kyle Bartley and Kean Bryan. Bartley has been out since mid-November. Bryan suffered an injury on his first start for West Brom some fourteen months ago and hasn’t been able to play since.

Embed from Getty Images
While Jay Rodriguez, if selected, will play against his former club tonight, he’s not the only player with that opportunity. Former Claret Erik Pieters looks certain to play for West Brom in a central defensive role.

West Brom’s last four visits came in the Premier League and they won one of them and drew the other three, thus the win on the opening day of the 2007/08 season was the last time we beat them on the Turf.

The most recent of those Premier League games came in February 2021 and this was one game that was mercifully played behind closed doors.

It was a shocker that ended 0-0 at a time when West Brom, under the management of Sam Allardyce, were next to bottom with just thirteen points. We sat some way above the drop zone with 26 points.

Embed from Getty Images
On a day when Richard Nartey, Anthony Glennon and Josh Benson were all named as substitutes alongside Joel Mumbongo, who came on for Jay Rodriguez.

In my report of the game, I wrote: “Overall it was horrible, no other word for it,” and that just summed up the afternoon when we actually had only ten men playing against us for an hour after referee Mike Dean sent off Semi Ajayi for handball after he’d been asked by VAR official to take a look at the monitor. We’d been poor before that red card; we were worse after it.

In the end we were fortunate to get a draw and James Tarkowski summed it up after the game. He said: “Having watched that second half, I think it’s a good point in the end because that’s the worst I’ve seen us for a while.”