Striker Matěj Vydra is the latest player to Turf Moor. He’s revealed today that he won’t be signing a new deal and sent a message to supporters via his social media account.

Vydra suffered a long term injury in the 2-1 win at Watford back in April that will rule him out potentially until Christmas. At the time, interim manager Michael Jackson said: “He has been inured as one of our players so there is no way he is going to be thrown away. It won’t happen and it won’t be allowed to happen, no chance.” 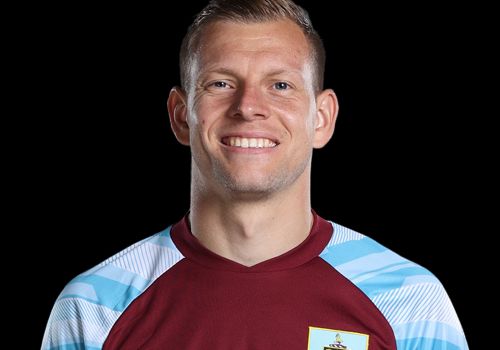 Burnley, of course, have an obligation to him during his rehabilitation but news surfaced last week that, despite wanting to stay at Burnley, Vydra was not prepared to do so on the terms that had been offered.

Earlier today, current manager Vincent Kompany said the most important thing was that his injury was healing well and his recovery was going well. He added: “The normal thing to do is the club offered a contract. The player is allowed and can stay with us until he’s completely fit, there’s absolutely no doubt about that, but then the rest is between what the club discussed previously and what Vyds discussed previously with his side. There’s no doubt he’s a good player but these situations are what they are. I think the priority is that he gets fit, and whether he’s with us or another club, he’s going to land on his feet.”

This evening, on Instagram, Vydra confirmed he would be leaving. He wrote: “I would like to say farewell to my amazing fans who have supported me throughout my time here in Burnley FC. I’ve been lucky to experience the family atmosphere of the club, great team mates and outstanding support from our doctors and physiotherapists that have helped me with my injury.

“I’ve done my very best to play to my fullest potential during the length of my contract, not afraid to risk getting injured even towards the end of this contract. That’s just who I am and I wanted to help my club at any cost. Unfortunately during a match against Watford I got seriously injured and the club got relegated to the Championship.

“Yesterday I went to see my brilliant surgeon Andy Williams, who was very pleased with my recovery. I am ahead of the estimated recovery time and I was told I could soon be on the field again. Negotiations with the club were minimal, I received one offer, which I could not accept. To the club and to the fans, I wish a great season and best of luck.”

Vydra joined Burnley from Derby in August 2018 and made his debut in the home leg of the Europa League qualifier, coming on as a substitute for Ashley Barnes and scoring our goal. He went on to make a total of 97 appearances for us, scoring twelve times, although only 41 of those games were from the start.

Now, aged 30, we wish him well, hope he is soon fully fit and able to resume his career. We now know that won’t be at Burnley.