Earlier in the season, with Blackburn Rovers top of the league, we were beating them 1-0 at Brockhall in the U18 Premier League only to see the game abandoned due to a waterlogged pitch.

Today, with them now in second place, we’ve played the game to its conclusion, allowed them to take the lead but still took the points with a 2-1 win, the winning goal coming in the 89th minute. 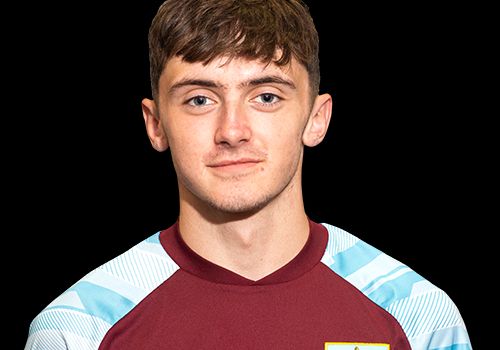 Blackburn went in front on 25 minutes when Harry Leonard scored with a header at the far post following a Georgie Gent cross from the right hand side. Just a couple of minutes before the break, Benn Ward thought he’d equalised only for the goal to be ruled out for an adjudged foul on Blackburn goalkeeper Felix Goddard.

It meant we trailed 1-0 at half time but it was the visiting Clarets who went on to win it after the break.

Two under-16s, Brad Grant and Lucas Wane, were introduced just past the hour and three minutes later Wane scored his first ever goal at this level, hitting home a powerful shot having received the ball from Joe Bauress.

It seemed to be heading for a draw for the second time this season having drawn 1-1 at Gawthorpe against them in January but on 89 minutes we won it when Will Couch (pictured) headed home a Dane McCullough corner. The referee played over six minutes of stoppage time but the only addition for Blackburn was first half goalscorer Leonard receiving a yellow card.