Josh Brownhill scored two of our five goals last Saturday in the 5-1 win at Wigan and alongside that he turned in a terrific performance from the Clarets that won him, and won him convincingly, both the man of the match and the player ratings on Up the Clarets. 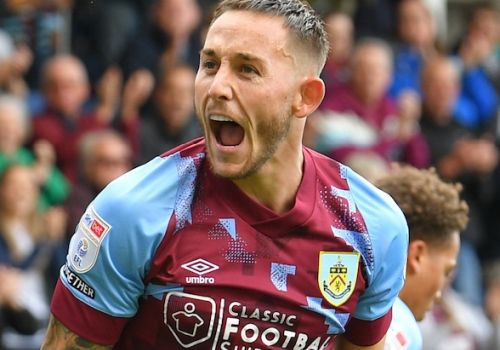 He won the man of the match with 68% of the vote with Vitinho, who set him up for his first goal, coming in second place with 14%. Jack Cork, who is currently also in a rich vein of form, was third with 5% while Jay Rodriguez took fourth place with a 3% share.

The top four places in the player ratings were the same four players, in fact the first seven places were identical. Brownhill won the ratings with a score of 8.93 out of ten, and that’s the highest rating we’ve had this season. Vitinho scored exactly eight with Cork and Rodriguez following with ratings of 7.91 and 7.88 out of ten respectively.

The result has given Brownhill the maximum ten points towards the Up the Clarets Player of the Year with Vitinho winning six points, his first points. There are four points for Cork and two points for Rodriguez.

Brownhill now has a fifteen point lead over Ian Maatsen at the top of the table, and that means, with just the Millwall game result to come, he will be the first player of the month this season.

The Millwall VOTE is still available but will close at 10 p.m. tonight with the West Brom vote to follow soon afterwards. The Wigan result and the current player of the year table are both below.