Cobbler Mills steps up to League One 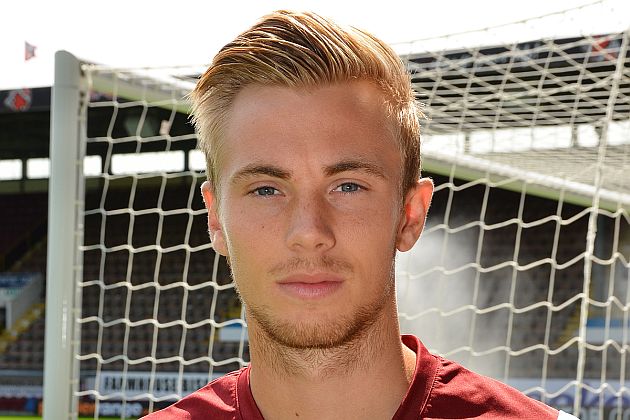 Having spent the last two season in League Two with Forest Green Rovers, former Clarets’ full back Joseph Mills has moved to League One with newly promoted Northampton Town.

Mills had rejected new terms at Forest Green having captained the side last season, playing alongside his brother Matt, and his new manager Keith Curle said of him: “Joseph adds an excellent balance to us and gives us real depth in the wide positions.

“He has a lot of experience and is a typical wing back, he is very good defensively but he loves to get forward too. He understands what we require from our wing backs, he will fit in well with the way we play and he produces quality in wide areas. We are really pleased to sign Joseph who had attracted a lot of interest from other clubs.”

Mills arrived at Burnley from Reading on a season long loan in 2012. He went straight into the team at left back at the start of the season but was left out after six games and added only four more appearances all season.

Given his lack of playing time, and looking like a player no longer in the plans, it was a shock to Burnley fans when he signed a new two year deal in 2013. What the club had never confirmed previously was that it had all been agreed a year earlier when he signed on loan.

He wasn’t to stay long and didn’t play for us again. He went to first Oldham and then Shrewsbury on loan in the first of those seasons and then moved permanently to Oldham in the summer of 2014. After two years there he moved to Australia where he played for Perth Glory and then returned to England two years ago with Forest Green before this weekend’s move to Northampton.