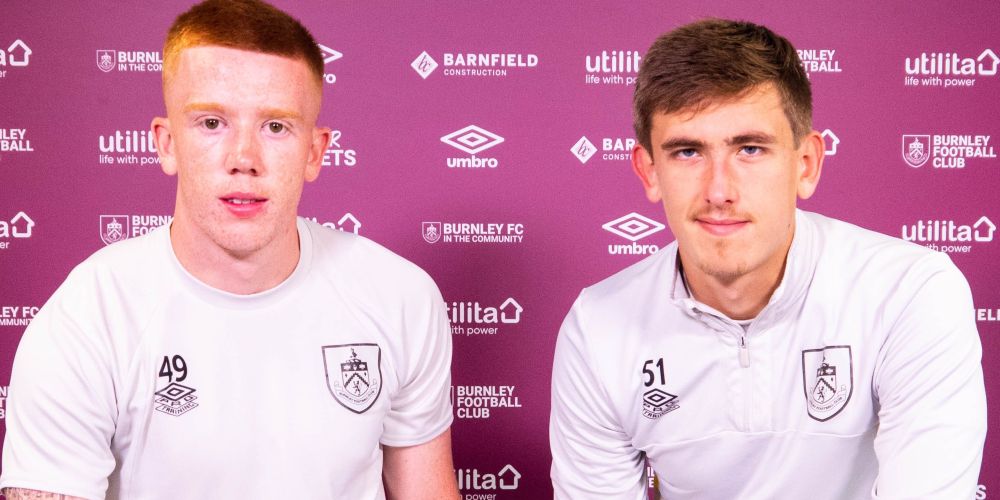 The pair moved into the under-23s last season and for Armstrong it was a change of position. Having played predominately as a left-back in the under-18 team, he settled in at right-back for the under-23s, displacing Ethen Vaughan who had arrived from Norwich.

He was almost an ever present in the team under Michael Jackson and Andy Farrell and now has signed this first professional contract. He said: “I’m buzzing to have signed my first professional contract at Burnley. I have been at the club since I was 12 and have developed in that time, both as a player and a person. I’m happy to get it done and just looking forward to the season starting again.”

Armstrong is from Liverpool and he’s joined by Warrington born McGlynn who has also been at the club since he joined the under-12s. He settled in well with the under-23s last season, scoring five times, and made the first team bench for cup ties.

He said: “I’m delighted to have signed my first professional contract at Burnley. It’s a proud moment for me and for my family. I’ve been here for nine years now, and with the new manager coming in bringing excitement around the place, it was a no brainer for me to stay.”

We wish both of them every success with the Clarets.