Fletcher signs in with the Potters 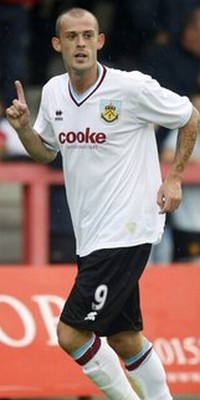 Fletcher had been at Hillsborough for four years but he turned down the opportunity to sign a new deal and has moved to Stoke with the Potteries club getting him without a fee.

His new manager Michael O’Neill said of him: “I’ve known Steven for a long time, since he first broke into the team at Hibernian. He’s a player I’ve always liked; I’ve watched his career with interest and wherever he has been he has done well and scored goals.

“I know how important he was to Sheffield Wednesday last season and it’s no coincidence that they had a difficult second half of the season when injury took Steven out of the team so I think it’s a really positive signing for us.”

Fletcher was a 2009 signing for us following our promotion to the Premier League. He was our leading scorer in that season with eight goals from 35 Premier League games but moved on to Wolves following our relegation. He then moved to Sunderland before a loan move to Marseille ahead of his transfer to Sheffield Wednesday.

Now aged 33, he’s made over 480 league appearances and has netted 133 goals. I was immediately impressed with him when he first joined us and I am always surprised he didn’t have a longer career in the Premier League with a club that wasn’t fighting relegation.