Former goalkeeper hangs up his gloves

After four years at Manchester United, goalkeeper Lee Grant has today announced his retirement as a player at the age of 39 with a view to move into coaching.

Grant has played just twice for United in those four years. He came on as a 70th minute substitute in a League Cup tie against his first club Derby in September 2018 and then became the oldest Manchester United player to debut in Europe in November 2019 against Astana in the Europa League. 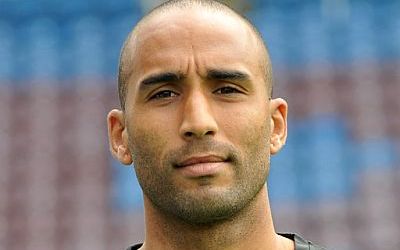 We have to go back almost twenty years for his first team debut. That, like his United debut, came as a substitute when he replaced former Burnley youth goalkeeper Andy Oakes for Derby against Burnley at Pride Park in September 2002. By the time he came on, the scoring was complete with Burnley coming from a goal behind to win 2-1.

While at Derby, in November 2005, he joined Burnley on loan, making one appearance and keeping a clean sheet in a 1-0 win against Leicester. He was covering for Brian Jensen who had been sent off in the previous game at Luton.

He ended that 2005/06 season on loan at Oldham and then, in the summer of 2007, joined Sheffield Wednesday before making a permanent move to Turf Moor three years later. He went on to make a further 122 league and cup appearances for us, the last of which was the final game of the 2012/13 season when he was replaced in stoppage time to allow Jensen to come on as a substitute.

Voted the player of the year, he turned down the offer of a new deal and returned to Derby where he made more than another hundred appearances before joining Stoke, on loan initially, for whom he finally made a Premier League debut.

The final move took him to United and his retirement comes having played over five hundred games and he said today: “I’ve been extremely fortunate to play for some amazing clubs, Derby County, Oldham Athletic, Sheffield Wednesday, Burnley, Stoke City and now to finish at the pinnacle – Manchester United.

“I’m thankful to each and every club for what they have given to me, each one has shaped me into who I am. The relationship with the supporters of these great clubs will always be one of my treasured memories.

“As I move into the next stage of my career, I’m excited and hungry about the beginning of a new journey and the hard work that lies ahead.”

UPDATE: Lee Grant has subsequently been appointed as first team coach at Ipswich.