Helm goes for a Burton

Last week, four players with first team experience, left the club, two on loan and two permanently, and yesterday we said farewell to Mark Helm, captain of our under-21 team, who has made the move to League One club Burton Albion.

Mark joined Burnley from Manchester United at the beginning of the 2021/22 season and during that first season formed a very effective partnership with Ben Woods in the centre of midfield for the under-23s. His form won him a place on the bench for last season’s FA Cup tie against Huddersfield and he was then given first team squad number ahead of this season. 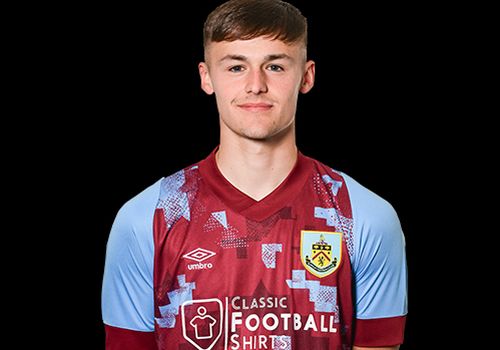 His appearances haven’t been as regular in this season’s under-21s although it’s never clear whether players are missing through injury or not. Even so, yesterday’s news was a surprise with the 21-year-old now having made this move to Burton on a permanent basis.

Mark said of the move: “It’s a really exciting opportunity for me. It’s a chance to play in League One, and I’m looking forward to getting going on Saturday and helping the team out as much as I can.”

He added: “I started off at (Manchester) United when I was seven and left when I was 19, but the last year and a half I’ve been at Burnley which has been good for my development. I’ve enjoyed playing at under-23 level but I think I’m at that stage where I’m ready for senior football.”

His new boss Dino Maamria, who worked within the community scheme at Burnley some years go, said of his new signing: “I have watched him many times playing for Burnley. He’s a top midfield player who can do everything. He’s technically really good. He’s been training with us for the past nine days so we can have a closer look at him and he showed us what he could do every time.

“It was important for us to make the deal permanent as we are building for the future of the football club. He will play now for sure and help us pick up points, but he’s also a long term project for us as well.”

He’s signed a contract until the end of next season and is expected to feature tomorrow in their home game against Shrewsbury.

We wish him well at Burton.