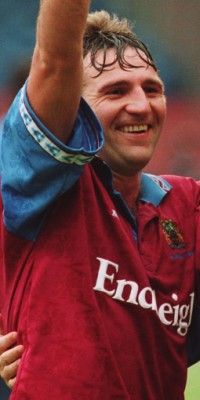 Former Burnley midfielder Warren Joyce has left his role as development squad coach at Salford City to become the lead coach of the under-18s at Nottingham Forest who have been awarded Category One status ahead of the new season.

Joyce replaces Gareth Holmes at Forest and his appointment has been greeted with delight by Gary Brazil, the club’s director of football development. Brazil said: “Warren is acknowledged within the game as an outstanding developer of elite football talent. He has shown his ability to do that in a variety of football environments and at all levels, including manager, under 23s and youth development coach.

“Having spent many years working under Sir Alex Ferguson at Manchester United, Warren brings a real understanding and pride in creating elite environments to develop players for the professional game.”

Joyce, who leaves Salford after two years, said on landing the new role: “I am delighted to be joining Nottingham Forest at such an exciting time with the club gaining Category One status. I did my coaching badges at the same time as Gary Brazil and have watched with interest the progress of the academy at Forest and the fantastic players that have been through the pathway.

“I can see that there is a talented group of young coaches at the academy who are keen to test themselves and the players. I’m really looking forward to being part of that team and working with the staff to develop more young talent for Forest.”

Joyce has worked at Hull, Tranmere, Royal Antwerp, Manchester United, Wigan and Salford since hanging up his boots.

It’s 28 years since he signed for Burnley and scored twice on his debut. He also scored in the play-off win against his former club Plymouth. He made 89 appearances in three years at Burnley but fell out of favour and moved on to Hull, initially on loan.