Micky Mellon back at Tranmere

Micky Mellon did it as a player, joining Burnley and then going back, and he’s now done it as a manager by returning to Tranmere Rovers after just one season away as Dundee United manager.

Mellon played for Tranmere between 1997 and January 1999 before signing for the Clarets and making his debut for us in a 4-3 win at Bristol Rovers. But after 85 league appearances for the Clarets and five goals, including the hugely important goal at Scunthorpe in the promotion clincher, he returned to Tranmere in 2001 where he remained until 2004. 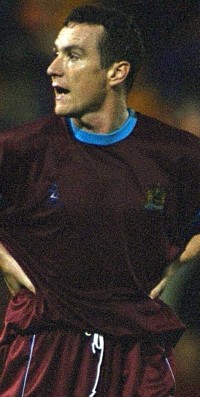 He made the move back to Prenton Park as a manager when he left Shrewsbury to join them in October 2016 and he had virtually four seasons in charge during which time he won promotion from the National League and then to League One before they were relegated back to League Two in 2019/20 with the season curtailed in March at a time when they’d suddenly hit form with three consecutive victories.

It was perhaps a surprise when he opted to leave to become Dundee United manager last summer but it’s probably a bigger surprise that he lost his job there last week after what looked a more than satisfactory season following their promotion.

He hasn’t been out of work for long and he has today returned to Tranmere with previous boss Ian Dawes, who took over for the play-offs after Keith Hill was sacked, becoming his assistant.

Chairman Mark Palios was delighted to get Mellon back. He said: “It is great to have Micky back at Prenton Park.  We met up over the weekend to discuss matters and both felt it was a great fit for him to return, so we have moved swiftly to ensure that there is plenty of time to build a squad for the new season.

“In Micky, we have a proven manager who already has a bond with the SWA (Super White Army), having guided us to back-to-back promotions from the National League to League One.  I am very confident that with his knowledge and experience, and with Ian Dawes and Andy Parkinson alongside him, we will be making a strong push for promotion next season.”

Mellon added to that, saying: “It is great to be back.  When I went to Scotland following our demotion from League One, it left a sense of unfinished business and I am pleased to have the opportunity to right that wrong. Tranmere is a forward thinking Club with an exciting future, and I wanted to be part of that, so I can’t wait to get started and be reunited with the SWA once again.”