Under-23s and under-18s both in action tomorrow

Prior to the first team game against Manchester City tomorrow afternoon, our under-23 and under-18 teams have fixtures against Southampton and Leeds United respectively. 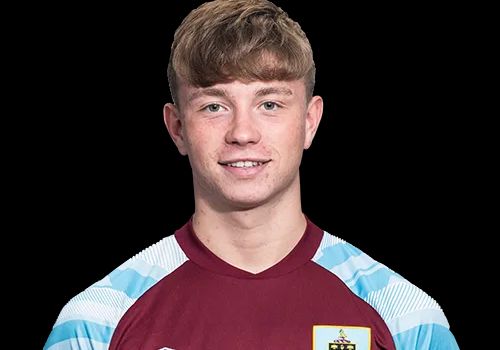 The under-23s kick off the day with a home game against Southampton. This game was initially scheduled to be played at Turf Moor on Monday of next week but was recently brought forward to tomorrow with the game to be played at Gawthorpe.

We go into the game in tenth place in the table against opponents who are sixth with seven points more than our 26 although they have played three games more. While we secured a first league win in 2022 last time out at Sunderland,  Southampton have won four games in that period. They were beaten against Wolves last time out but had beaten Reading 2-1 in their previous game.

With them in Division 1 last season, this will be the first time we’ve played them at home at this level but we did beat them 2-0 at St. Mary’s in September with goals from Sam Unwin (pictured) and Ne-Jai Tucker.

Tomorrow’s game kicks off at 11 a.m. and an hour later the under-18s will be in action at Thorp Arch against Leeds. There is nothing between us in the table right now. We are ninth and they are twelfth but we both have 23 points from six wins and five draws. We do have the better goal difference and have two games in hand on Leeds.

Having come out of a really tough set of fixtures, we’ve won three and drawn one of the last four. Leeds have enjoyed mixed fortunes but there have been lots of goals. They beat Derby 7-0 in February and in games since they have won 4-1 at Everton, lost by the same score at Manchester United and drawn 4-4 against Nottingham Forest.

We lost against them at home earlier in the season but completed the double against them last season, winning 3-2 at home with an Unwin hat trick and then recording a 3-0 win away with Dylan Moonan opening the scoring before a brace from Michael Mellon.