One scored the goal, the other danced his way up to the Royal Box as we went to collect the trophy having beaten Sheffield United in the 2009 Championship play-off final and now those two players have reunited in League Two with Cheltenham Town. 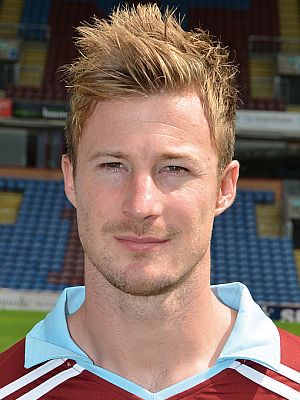 Wade Elliott and Michael Duff proved to be two outstanding signings for Burnley. Duff arrived as one of manager Steve Cotterill’s first signings in the summer of 2004 with Elliott coming in a year later in what looked like a job lot from Bournemouth. Elliott left in August 2011 while Duff finally hung up his boots after one late cameo performance at Charlton on the title winning afternoon. By then they had made a total of 665 Burnley appearances between them.

Elliott had gone into coaching and that’s where Duff went, eventually moving to Cheltenham Town as manager. He’s been there since September 2018 and is already the 25th longest serving manager at the 92 Premier and Football League clubs.

Elliott kicked off his coaching career at Bristol City, back working with Cotterill, where he ended his playing career. He moved to Stoke where he coached the under-23s but for family reasons has relocated to the South West and that has given Duff the option of taking him on part time to coach at Cheltenham.

A delighted Duff told the local media: “Wade is someone I have known for a long, long time and I also roomed with him for a long time at Burnley. His family situation has changed so he has moved back down to the Bristol area. He’ll come in and help with the development group on a part time basis and also with the first team.

“He is a pro licence coach who has worked at a category 1 academy for the last three or four years and he was caretaker manager at Bristol City. It’s a no-brainer in terms of the knowledge he can bring, both from his playing days and coaching experience. He’ll only make us stronger as a staff which will hopefully make us better as a team and as a club.”

I suspect Burnley supporters will be taking on an even keener interest in Cheltenham this coming season.